A cable block is a structure designed for the laying of cable channels or cable duct systems with wells for access to pipes and channels. 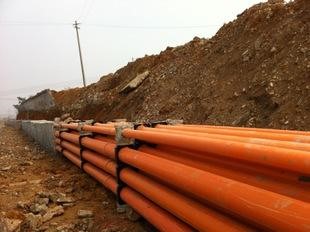 Blocks are installed on highways provided with underground communications, at the intersection of the highway with roads and railways, in soils with aggressive chemicals, in the presence of stray currents and the likelihood of spillage of corrosive liquids and hot metal in the places where cable routes pass.

Laying in blocks is used to provide a higher protection of the power cable from mechanical damage compared to laying in trenches. Special blocks reliably protect electrical communications from mechanical damage, negative soil effects and stray currents. However, this method of laying is the least economical both in terms of cost and cable throughput. It is applied only when the laying conditions do not allow choosing simpler laying methods. For this reason, the block duct of cables should be transferred into a trench or channel in all cases where it is possible under the conditions of the route.

The block is a structure made of pipes of various materials or reinforced concrete panels with channels, buried in the ground. Pipes can be asbestos-cement, ceramic, metal, steel and polyethylene. Traditionally, blocks are made from asbestos-cement pipes and are used to protect cables from stray currents. The joints of asbestos-cement pipes between themselves are carried out by couplings with sealing with rubber rings or special steel sleeve gaskets, followed by coating the junction with cement mortar.

Sometimes for the construction of blocks, ceramic pipes are also used, which well protect cables in aggressive and water-saturated soils. And in justified cases for the manufacture of blocks, it is also allowed to use pipes made of other materials.

The pipes of the cable assemblies can be arranged horizontally or vertically in one or more rows. 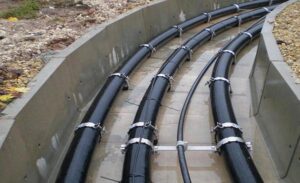 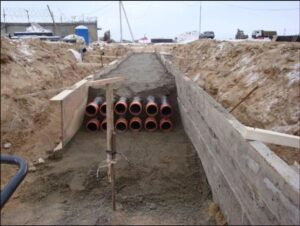 The type of cable blocks is selected depending on the level of groundwater, the aggressiveness of the soil and the presence of stray currents. It is not recommended to lay cable blocks in places with high ground water levels.

One of the main requirements for cable blocks of any design is to provide sufficient mechanical strength and the ability to withstand loads from the mass of soil, heavy trucks and road mechanisms moving in the area of their location.

In places of crossing streets, roads and driveways, the depth of the blocks must be at least 1 m. On sections up to 5 m at the cable line inputs to the structures and at their intersection with underground utilities, it is allowed to reduce the laying depth of cables to 0.5 m. The depth of laying cable blocks in industrial areas, in the floors of industrial premises as well as in closed areas accessible only to service personnel is not standardized.

According to the thermal conditions, the distance between individual channels of a block route should be the same as for cables laid without pipes (at least 0.1 m).

In case of parallel laying of blocks with pipelines, the distance between them and the nearest cable must be at least 0.25 m. And when crossing with roads, the route of the blocks is laid perpendicularly so that the intersection occurs in the shortest possible section.

Each cable unit must have up to 15% redundant channels, but at least one channel. Channels of cable blocks, pipes, exit from pipes and their connections must be processed and stripped to prevent mechanical damage to the sheaths of cables during pulling. At the exits of cables from blocks to cable structures and chambers, measures must be taken to prevent abrasion and cracking of the sheaths.

To ensure the drainage of water that has accidentally entered the pipe channels, the blocks are laid in the ground with a slope of less than 0.2% towards the cable wells.

Wells are built at certain distances in places where the direction of the route or the depth of the cable blocks changes, in the places where cables pass from the block to the soil and on straight sections. They provide convenient pulling of cables into blocks, replacement of damaged cables if necessary, and as a location for connecting couplings. The number of wells on the straight sections of the block should be minimal, and the distance between adjacent wells – the maximum possible based on the construction length of the cables, permissible tensile forces, terrain and laying conditions.

With the number of cables up to 10 with a voltage not exceeding 35 kV, the transition of cables from blocks to the ground is allowed to be performed without cable wells. In this case, the places where cables exit from the blocks must be treated with a waterproof material.

The walls of the wells are made of bricks or prefabricated reinforced concrete structures. Outside, they are closed with hatches, and inside they are equipped with cable structures (for laying cable sleeves on them), closed gratings, as well as metal ladders or brackets for people to get down. At the bottom of the wells, water collectors are equipped, which are a depression closed with a metal grate, designed to collect ground or storm water.
There are straight-through wells – they are installed at the junction of the building lengths of cables with each other, as well as angular, T-shaped, Z-shaped, cruciform, branching and others, installed in places where the direction of the block sewage system changes and at intersections.

According to the norms of PUE (2.3.41), for lines laid in cable blocks and pipelines, predominantly unarmored cables in a lead reinforced sheath should be used. On sections of blocks and pipes, as well as branches from them with a length of up to 50 m, it is allowed to lay armored cables in a lead or aluminum sheath without an outer covering of cable yarn. For cable lines laid in pipes, it is allowed to use cables in a plastic or rubber sheath.

Before the cables are laid, the following works are performed: arranging a concrete bedding, laying the blocks themselves, sealing joints, waterproofing, protecting blocks with thin brick walls (in wet soils), backfilling blocks with soil (after a commission inspection), arranging cable wells and chambers with embedded parts for installation of cable structures and mounting loops for fastening rolling rollers, decorating the ends of panels or pipes when entering wells, pumping out water, removing foreign objects and debris from wells, closing wells with hatches, leveling the ground and arranging entrances for cable rolling mechanisms.

The laying of cables in blocks is carried out, as a rule, in a mechanized way, alternately pulling them into cable channels in the area between two adjacent wells. A through-pulling of the cable through several wells is also used without cutting it. In this case, the pulling forces must not exceed the permissible values.

When cables pass from blocks to an earthen trench, the places where cables exit from the blocks are treated with a waterproof material.

The laying process itself is a rather complicated procedure. A drum with a cable is installed near the well. A steel hawser is pulled into the channel (or into a pipe) of the block, angular rollers are installed and the cable is attached to the hawser using a special material. A split funnel with a bell is mounted in the inlet of the channel (or pipe) of the block, and a trough is mounted on the neck of the well. The funnel serves to protect the cable and the end of the pipe from mechanical damage when pulling the cable into the block, and the through prevents dangerous bending of the cable when it is pulled into the block.

Immediately before laying the cables, their surface is lubricated with a special solution that does not contain substances that adversely affect the cable sheath. And without stopping, they are pulled into a block with a given tension force.

After tightening, the cable is cut off from the drum, leaving a margin that will come out of the block and will subsequently be used for coupling and connecting to electricity communications.

Laying cables in blocks is one of the most reliable ways to create electrical communications underground, since it provides a high degree of protection of lines from mechanical damage, stray currents, and aggressive soil. It also guarantees that the system will be used for a long time and safely.

However, this is the least economical way of laying cables. The use of blocks significantly increases the cost of cable lines and worsens the conditions for cooling cables. Unlike a tunnel or channel, the cable block does not provide direct access to the repair site and differs in:

– the high cost of building a block device and all its elements;

– significant labor costs of service personnel for the maintenance of block wells;

– the impossibility of full use of the cross-section of cable lines due to the deterioration of the conditions for their cooling, and, consequently, a decrease in the permissible current loads;

– irrational use of the construction length of the cable due to different distances between the wells;

– and in case of damage to the cable, it is necessary to replace the entire construction length between adjacent wells, while when using other methods of laying for repairing the cable, an insert of a short length will be sufficient. 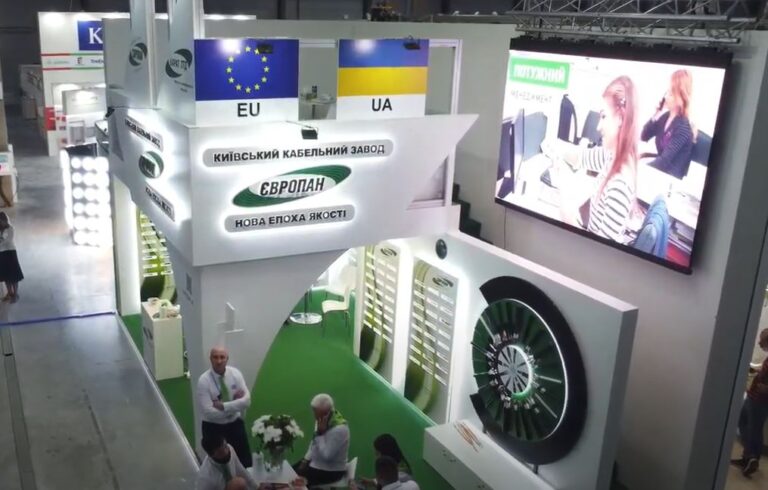 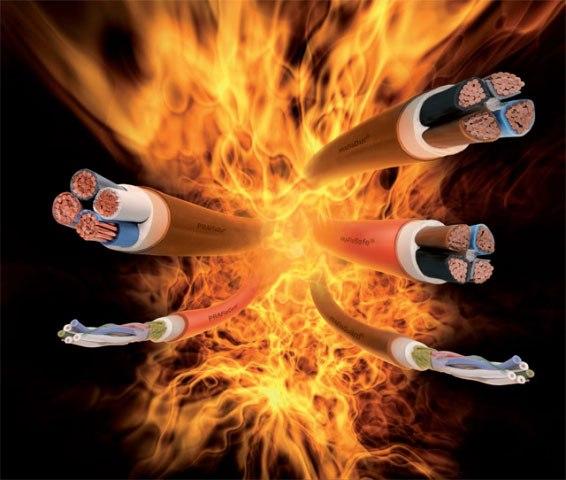 Serial production of fire-resistant cables of the EUROPAN CABLE trademark 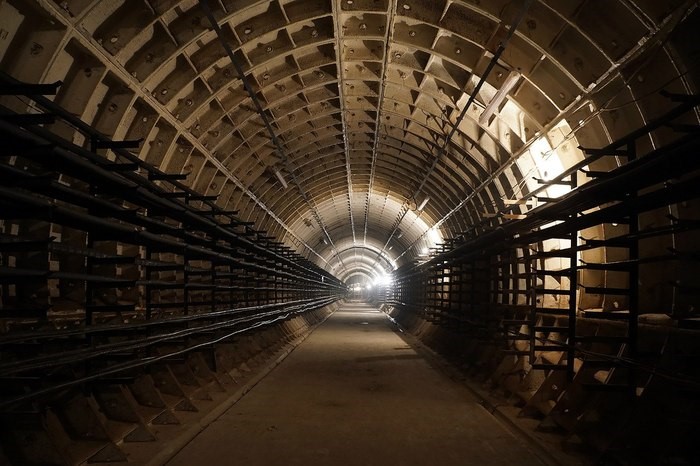 Laying cables in tunnels and collectors

A cable tunnel is a long, closed structure with supporting devices designed to accommodate cables and cable glands. It is a corridor-type room with the… 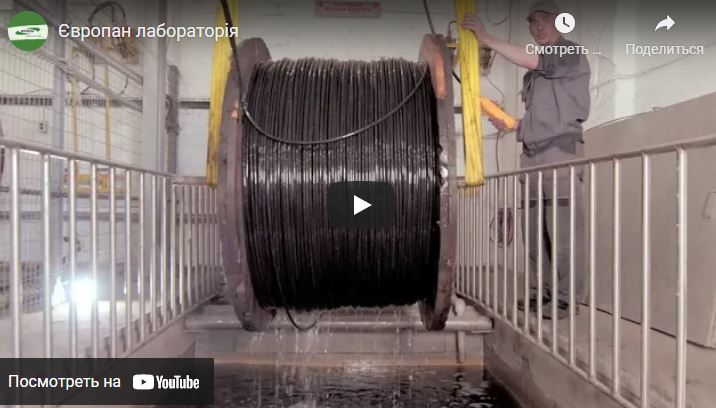 Test of products of the cable plant “EUROPAN”